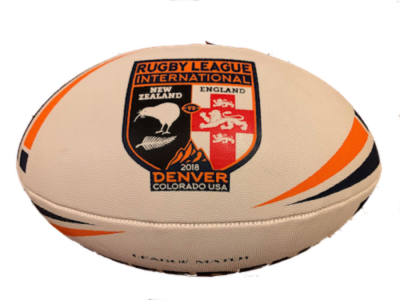 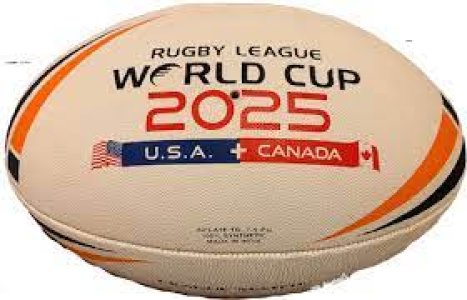 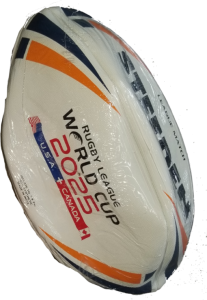 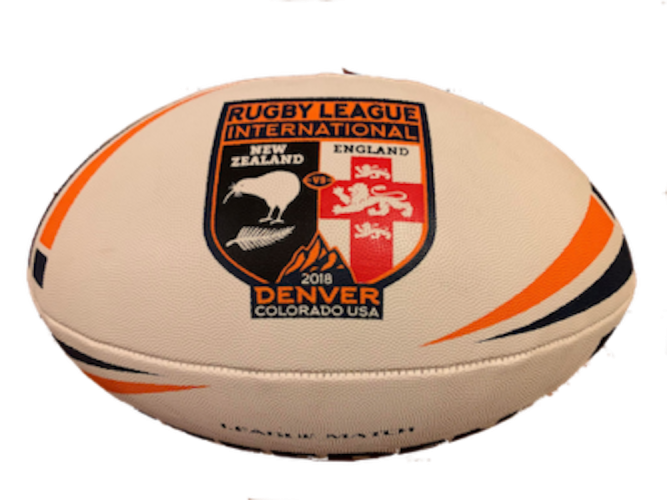 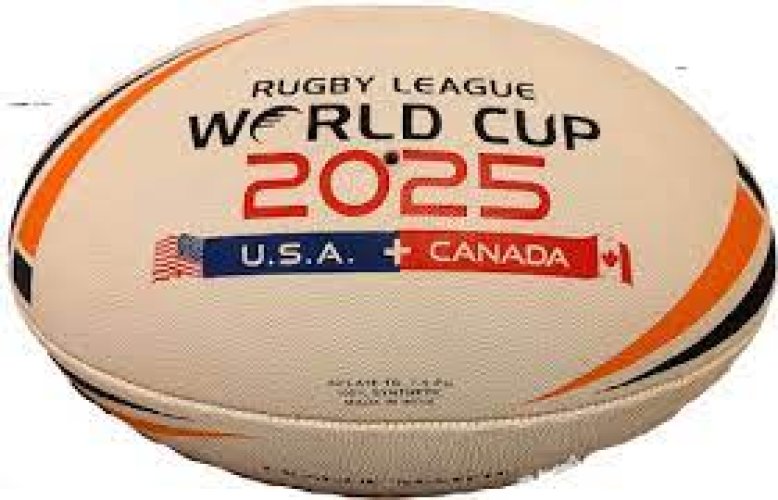 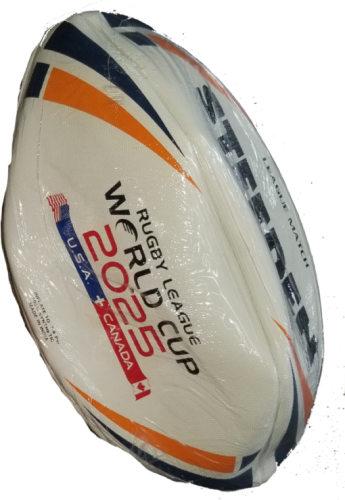 The June 24, 2018, Test at Mile High Stadium, won 36-18 by England over New Zealand, attracted the biggest crowd for any rugby league game played in the United States ever and was widely seen on national TV. These authentic match balls are the last of their kind – a collectors’ item to be handed down if you don’t pass and kick it too much first! And on the flip side is the logo for the 2025 World Cup in North America, which will not happen.